March 11, 2019General by NaijaMemoirsLeave a Comment on 10 Fascinating Facts About The Human Body [Part 4] 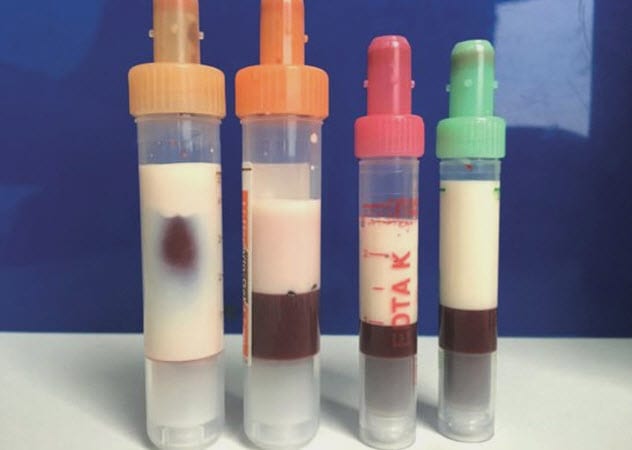 Photo credit: sciencealert.com
Recently, doctors in Germany faced something they had never seen before. A 39-year-old patient’s blood was so pale and thick that it looked like milk. The medical condition was not a mystery. The nearly comatose patient suffered from extreme hypertriglyceridemia. It is caused by too much fat in the blood.
Siphoning off the offending triglyceride molecules and returning the cleaned plasma to the body usually solves the problem. However, when staff tried the normal route, his viscous blood clogged the hospital’s filtering equipment. Not once, but twice. The problem was a record amount of triglycerides. Around 500 mg/dL is considered “high.” The man’s count read an astonishing 18,000 mg/dL.
Desperate to save his life, doctors resorted to an ancient remedy abandoned by modern medicine—bloodletting. A good amount of the white gunk was drained and replaced with red blood cell concentrates and saline solution. It worked. Although the cause of the severity is unknown, the patient’s genes, obesity, and irregular consumption of his diabetes medication might have combined to cause the mother of all hypertriglyceridemia cases. 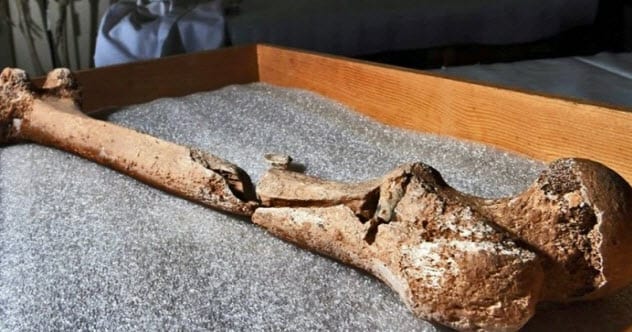 Photo credit: sciencealert.com
During the Civil War, the Second Battle of Bull Run took place north of Manassas, Virginia, in 1862. In 2018, archaeologists were investigating the battlefield when they discovered something exceptionally rare.
A shallow grave held two soldiers and the sawed-off limbs of up to 11 other men. The complete bodies, Burial 1 and 2, could not be identified other than being Union soldiers from the North.
Both died brutal deaths. Burial 1’s leg had been broken by a bullet which was still stuck in the bone when the skeleton was found. The injury was so bad that field surgeons probably left him to die. This frequently happened when there were too many injured soldiers.
Burial 2 was placed in the pit after the first man and rested slightly on top of him. His own death resulted from three bullets. One smashed his arm, another buried itself in the shin, and a third struck his groin. The bodies, with nine severed arms and legs arranged around them, were a unique find hailed as “one in a million.”
Culled From Listverse.com

Did you know that your skin is the biggest organ on your body? Your skin often gives you hints into your vitamin and mineral deficiencies. Your body could be craving certain essential vitamins for glowing skin, but also make your body feel better as well. You think you may be nourishing your skin by drinking […]

If you have a problem with excess fat, this recipe is for you. Due to rapid lifestyle, poor diet, lack of physical activity, increased fat in the blood are the disease of today. Sometimes at elevated fat can be observed deposits of fat in yellow in the form of plate or node on the upper […]

All we want to reduce the wrinkles and to slow the aging process so badly. And the most of us use different creams to achieve that, but after reading this article you will throw away all your creams at home. In this article you will read about ingredients that will provide you even better results […]