A Story of AISHA

December 26, 2018Stage Plays by NaijaMemoirsLeave a Comment on A Story of AISHA 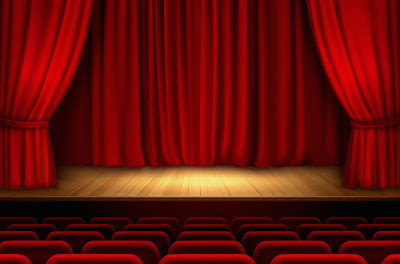 Written M.W.G
Aisha was the kind of girl who, if cleaned up really well, would look
quite pleasant to the eye, much like the girls who walked into the
eatery in groups wearing replica designer tops and second-hand
jeans, and quietly ordered fufu, the cheapest heavy meal available.
She, however, worked in the kitchen, washing dishes in browned
water and only coming out to serve food when traffic was high. She
was short and petite, her nose stud and gold ear rings perfect
ornaments on a bronze-coloured face. Her lower lip was thick and
dark, and her nose small. It would not obstruct a kiss so that one
would have to lean sideways to reach the other’s lips as they do on
the television.
She was pregnant. With my child.
She broke the news over the phone on a hot February  afternoon,
right after I told her that I loved her and wondered why I had not met
her much earlier. For a full hour, I did not respond. When she finally
called, I had prayed a thousand prayers that she was joking.
“James, talk to me,” she said. She never called me James. It was
always Jamie , or ‘Honey’ in messages.
“What do you want to do?”
“What do you mean, what do I want to do?”
Trick question, I thought. I did not want to be the first to suggest
that she remove the pregnancy. If I did that, and she wanted to keep
the baby, I would look like a monster who was just after sex and no
responsibility.
“Aisha, we have two options. We can either keep it, ir remove it,” I
said.
“Remove it?”
“Look, keeping it means we have to deal with the finances of
maternity care, baby clothes and food, school fees and all that. I
struggle to meet my own rent, how can I take care of us?”
“Removing the pregnancy is not an option.”
“We also have the matter of religion to deal with. You are Muslim, I
am Christian. Your family will kill you. Hell, they will kill us all. They
will say you are defiled and you have brought them shame. Then
they will demand that I convert to Islam. I can’t convert. I just can’t,”
I said. Of course, I didn’t mention the discomfort of announcing to
my friends that I had relations with the oily-faced girl from the
eatery. I had kept our relationship very secret. Aisha believed that I
loved her, but to me, it was just a few good nights with a beautiful
girl. I liked her a lot; I just was not sure I wanted her for a wife.
“Babe, are you willing to work this out?”
“Yes,” I said.
Eight days later, we got on the evening bus to her hometown in Osun. It was full of people eating boiled maize, snotty-nosed
children and people pushing chicken under seats. When the seats
got sold out, people piled onto the aisle, using their bags for seats.
Aisha looked beautiful in her hijab. She had told her parents that she
was pregnant, but my religion was not mentioned. My family was
still in the dark, thinking that their son was a hardworking
Lawyer in an law firm in Lagos, and a staunch Christian who would
marry the right woman when God answered their prayers. I settled
in my seat, closed my eyes, and slept thinking of how my death
would occur. If her family accepted me, maybe I could learn to love
Aisha for more than her beauty.
Bang! Screams. Cold air. Darkness.
I came to in a hospital stretcher. Everywhere, people in white coats
and uniforms were rushing, attending to moaning people with
fractured limbs and bleeding orifices. I could not move my right leg.
I looked down and saw blood on it. We must have been in an
accident.
Aisha.
I turned my head and searched the ward with my eyes, but I did not
see her. A hand gently pushed my head back on the stretcher.
“You’ve had an accident. This is Mercy Mission Hospital. We found
a wallet on you. Is your name James Orji?” the nurse asked.
“Yes,” I said. My voice was strange, as if it belonged to someone
else, an old man.
“Do you have a number that we can call and inform of your
situation?”
I gave her my brother’s number.
Aisha.
“The woman. Hijab. Where is she?” I asked slowly.
“I’m sorry, she did not survive. Did you know her?”
I closed my eyes. There is an ugly feeling between remorse and
relief. The nurse was still talking, but I did not hear her words.
Tears stung and burned their way out. Remorse won. Aisha,
beautiful, loyal Aisha. Mother of my child. Aisha…dead. I felt
responsible. If I hadn’t gotten her pregnant, she would not be on
that bus. She would not have been worried about her family finding
out that I was Christian. It was better if her family buried her without
any hate.
“No, I did not know her.

Adapted and Directed by Mr. Dan Kpodoh, Exodus did not fall short of the mixture of beautiful songs and amazing interpretation. ‘Exodus’ which took place at the Arena Event Centre in G.R.A, Port Harcourt is a tale of anger and disunity amongst three brothers: Jagunlabi; Selfish, angry and distrustful, Jaguno; Stubborn, careless and vain, Jengboro; […]

Port Harcourt are we ready!!!! When a conflict arises, the three brothers must unite and conquer or depart in loss forever. What is brotherhood without forgiveness? A Day To Go!!!!! The Exodus…; A Tale of anger, disunity, and brotherhood. Adapted and Directed by Dan Kpodoh Date: Sun, 17 March 2019 Venue: The Arena Event Centre, […]