December 30, 2018Literature by NaijaMemoirsLeave a Comment on Fire and Ice 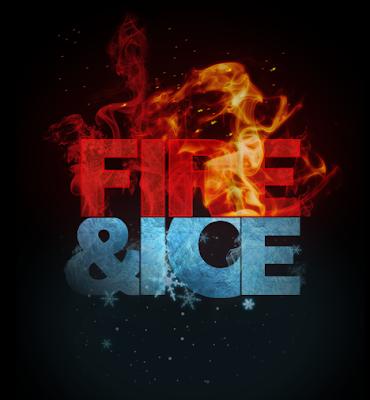 “Fire and Ice”
Excerpts from the Upcoming Book: Pieces Of Reality
By Hanamel Kingston Onyxstone

I’ve had a fair share of hypocritical condemnation heaped upon me by Christianity. I once worked as a dedicated servant of God (isn’t that what they call it?), in His supposed vineyard for over five years. What did I get?
A disgraceful expulsion by His ordained, without recourse to my selfless services.

I nurtured children, wiped their asses, rocked them to sleep, rolled in dirt and deviced means to help them quit crying.
As a children church teacher, I was expected to study the bible voraciously and be punctual for weekly preparatory classes. Simply put, I was a pastor – passionate about teaching kids the wonders of God, and carving a right path for them. Catch them young so we don’t lose them to the dark side, they said. Yet the part I played in the lives of these kids didn’t count for shit.

Many more sacrifices I made for this church, without for once thinking of human reward; until they failed to realize that I have a personal life, and not everything has to be about religion. Someone amongst my leaders in that children church department, thought it saintly to hop on my Facebook page, read my writings, and stealthily inform the pastors. The verdict was swiftly passed – my Facebook page wasn’t a reflection of the life of Jesus Christ.

The diagnosis for my writing style read that it was a curse, and my mind, soul, spirit needed to undergo re-engineering. To their chagrin, I laughed hard and long.
Wait what?
Re-engineering?
Like I was some mechanically faulty robot?

I was to stay off the children church and be quarantined to intense counselling from the second-in-command. He advised that I humbled myself for the process however long its duration, so I’d emerge victorious – possibly holding the severed heads of my vanquished demons. Waw!

How my writing suddenly came across as a curse under their microscopic criticism, got me tripping. Obviously it didn’t fit into the theme they’ve created for me.
Why were they living in denial of reality?
When did God instruct them to tell me this?
Was God afraid to talk to me?
Didn’t He say He has given us the grace of adoption by which we can call Abba Father, where none of His sons or daughters ever need a third party to play medium between them and their father, when they have all the physical access they need?

May harps I don’t commune enough with God.
Am I supposed to be called friend by God, or He is inaccessible and to be totally feared by me?
If I speak to Him and he instructs me, who then is this strange man telling me that God has given him instruction about my gift and life?
You see, I’m no sheep. I’m a Shepard. I herd my soul, spirit, body, mind and heart, according to the knowledge and wisdom custom-fitted into me by God.
When you know God for yourself, you don’t need anyone to play mediator between you and God. Most often these mediators aren’t even carrying God’s message to us.

Moving on; while I was told that it was an indefinite suspension from my ministry (the children church), someone informed me that it got announced in one of the prep meetings that I was no longer a member of the children church department. Every teacher ceased communication with me till this day – maybe in their holy eyes I became a leper. No one cared to check if I was alive or died from depression – God forbid!
My! Did it break my heart? Indeed, it did me in. But I survived.

I began the counselling from late July 2017 to August 2018. Within this period, my lustre for attending church services waned thin, until I stopped completely. They never cared about my physical or psychological being, but by all means wanted to impose their version of spirituality on me.
Was this entitlement as a result of the scholarship they offered me for my degree program?

The sessions with the pastor were the most boring moments of my life, he basically tried to tell me that something was wrong with me, and that I should direct him to the origin of my writing. He claimed, he had read some of my writings and they were centered on women – my writing had no control, were too brazen and needed to be charted towards being Christ-like.
He suggested there was nothing wrong to wittily write about Apostle Paul, or write like C.S Lewis, Francine Rivers and some other Christian apologetic.

When I asked him if being “like” someone else wasn’t an advice to become a copy and dump my originality – the man couldn’t defend his premise. I simply resorted to the guise of accepting everything he said. I always caught the glint in his eyes whenever I agreed that I wasn’t okay and in need of redemption.
These sessions weren’t going to end any time soon, where they?

So I had to speak to myself. This gift of writing that God has given to me wasn’t given me to be restrained by man. It was given for fulfillment of my life’s purpose. I’m doing just fine grooming myself, getting better to dominate and give off of this gift to a starving population. Why then would a pseudo-spiritual man under the spooky illusion that he is holier than me, say my gift is a curse in need of spiritual baptism?

When God finished His works, didn’t He look at them and thought they were good?
Isn’t that what the gift of writing is?
Good and maybe phenomenal?
Why do I have to apologize for something that has brought me so much good, money, awards, and no bad, at all?

Of course, this realization hit me like a shit storm after the last straw broke the camel’s back.
This man – this man that God will help me judge, said my writing style must have its root in sexual fantasies. He didn’t stop there, he asked me to feel free and confide in him;

Like what the hell?
I’m not sure how these downright rude and intrusive questions were supposed to help in dealing with the issues he perceived I had. I sat there, perplexed beyond comprehension, until I excused myself from his presence, never to return again.
…but that wasn’t until I had responded to his questions;