January 9, 2019Literature by NaijaMemoirs1 Comment on Literature: Everything Goes 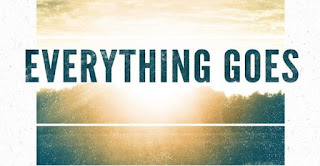 I was the type of girl he thought I was. He had said “this girl looks like you” to no one in particular. He had said it go get my attention. I looked at him. He tried to look back, but he didn’t hold my gaze. He couldn’t, because he assumed I might not be that type of girl. I had grapes and cauliflower in my shopping basket. I had my breasts kissing each other as cleavage.

You see, I had seen him earlier, at the aisle selecting bottles of wine. I had seen his grey beard, the one he had tried to dye black and the Mercedes key. Honestly, I had followed him here.

His name is Ajayi. He would introduce himself to me as AJ. I would tell him I was Mrs Uduak, a newly married wife with a college degree from UCLA.

AJ would have known that I was that type of girl. He would ignore the feeling of suspicion. He would opt for danger and excitement instead.
You see, AJ had been at UCLA last week, his son had obtained his BA degree. He took pictures with his wife and daughter and UCLA son. He would never ask me about UCLA.

The first time we went out together, I tried to hold his hand. AJ would remind me of this in a few weeks. He would say I made him feel like a school boy. I had tried to hold his hand, but I quickly withdrew once our fingers touched. It was as though I had realised that we were in public and I was still a married woman. I knew what I wanted.

I lied to AJ about his wife. I said that his wife had called me on my phone to confront me. I cried and cursed at him. He looked confused. AJ couldn’t understand why I was hurt that he was married and not divorced as he had claimed. I told him I needed a break. I wanted to go somewhere away from him and my husband. That night in Banjul, I held on to him a little tighter, my legs’ grip was firm and desperate.

One thought on “Literature: Everything Goes”