February 26, 2019Uncategorized by NaijaMemoirsLeave a Comment on Literature – Pieces Of Reality

“Of Konji and Sordid Moments” 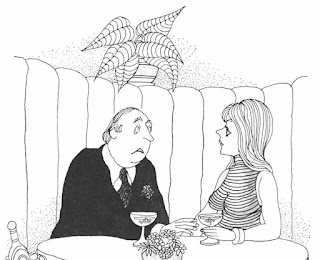 Whom the gods want to destroy, they first debase to the point of nothingness.

Kunle was not only an acclaimed charming demon from the Yoruba race. He was a konjified hybrid; rumour held sway that his father was worse. He’d engage females in hot pursuit and demand coital connection, upon catching up with them.
Prior to the day of his wedding, on several occasions, he had screwed loose the entire bridal train. He even danced like his own version of Napoleon Bonaparte  – ecstatic and shamless – great pussy conqueror!

Barely three weeks into his marriage to Ibinabo. He relaunched his plundering and pillaging of pussies. Felicia, the sister of his wife paid them a visit – a buxom, sweet, nourished chick she was.
The ‘was’ word is deliberate, as this story was written post-denouement of events.
Felicia was quite aware of Kunle’s turbulent groin. They had in the female toilet of the church engaged in a quickie on his wedding day. So, it’s little wonder she came to water what was sown.

Like hoopla, the perfect oppotunity presented itself to Kunle – and he panned out how to handle Felicia.
Returning from a grocery run, she ran into Kunle. This wan led to that wan, and the couple who knew pretty well that they couldn’t try their plan at home, decided to do a temporary lodge in a shanty motel, where the roofing dangled precariously at ground level – very very low standard motel – N1700 per night.

In the room there sat an antique black and white coloured television set, on a termite-ridden table. The low-hanging ceiling fan shuddered at high speed. The mattress was bedraggled, worn and polka-dotted with bedbug poop. But then, konji is a shameless bastard. Because, as they tore off the fiery clothings of one another, they paid no heed to the dingy unkempt room – a room given to several guests — the kai-kai masters down the street, mechanics and touts who paid for short-term release with area bukka girls or daub oloshos.

After a steamy session of mad-ass smooching and voracious foreplay, man like Kunle, given to obscene sexcapades, decided to go all kinky on aunty Felicia. He arose from the diseased bed and tried to lift her up – the blades of the fan cleanly swept off her cranium; painting the sullied wall in a graffiti of blood and brain particles; assisted with brushstrokes from her synthetic weavon.