January 17, 2019Literature by NaijaMemoirsLeave a Comment on Literature: Pieces of Reality 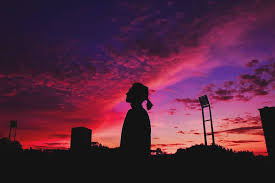 From the Upcoming Book: Pieces of Reality.

Regardless of the windy dusk and a million speeches, we stood under the shower that morning stark naked, locked in a hug tighter than a tick’s ass. Nothing mattered that moment as “Dusk Till Dawn” by ZAYNE blared on replay from the portable bathroom speaker.

We kissed hard and long like thirsty camels traversing the Sahara. Lost in a bubble of our own world – time didn’t matter. We ignored our fiery groins, enjoying the intimacy of our bodies meshed together by the sprinkling deluge.

Hours slipped by and we began to catch on the cold; into the room we tiptoed and wrapped us up in a duvet – hungrily kissing again, until our lips were fully bloated. In that dawny room of restless insomniacs, we took breaks to cook, eat, gist, goof, laugh, tease – and kiss some more. Life at that moment was at the peak of its perfection. We were crossed, to last forever.

We shocked our own bodies, showing nil interest in sex. No one would ever believe this, we agreed. Just two kindred spirits content with the majestic aura of each other. Phew!
Then the semi-saddest moment came, when she had to go – duty calls. We bade farewell with kisses and promises to keep our memories swaying to the rushing rapids that tumbled between the inner recesses of our twin souls.

But the sun never set on her eager eyes, neither was destination moon anywhere in sight for me. What was meant to be an epic alignment of two titanic God’s making entry into a Shamballah of Love, Kamasutra and Tantra; got watered down to mere mirages, fickle flights of fantasy and the nothingness of zero – when I got a call that she’d been crushed to death by an inebriated truck driver.

On A Lighter Note of Hypocrisy From Upcoming Book: Pieces of Reality By:Hanamel Kingston Onyxstone I keep seeing things that won’t allow me to drink water and mind my business. Young pastor lives opposite me – first floor. I live on third floor – I can see what goes on in his condominium, kitchen and […]