February 27, 2019Uncategorized by NaijaMemoirsLeave a Comment on Literature – Pieces Of Reality 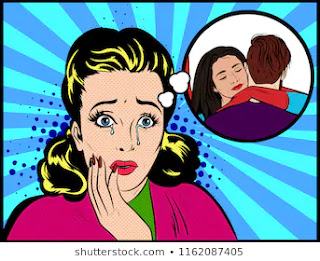 I asked a Sandra girl (Cos I’ve seen a Sandra guy before) out one time. She declined and said she wanted just friends. Got close to me and we literally spent our time together.
Afterwards, I wooed and got into a relationship with her best friend, Lami.

My friend stopped talking to me – said it was wrong to be with her friend. Guilt-tripped Lami about the sister-code thingy, until the poor girl broke up with me, saying,
“Be a bloody man and see that Sandra desires to own you, I’m done with her torment, she can have you for all I care. May she not be the death of you. Boy bye”

Sandra reconciled with me a week later and apologised for everything. Said Lami ditched me cos’ she didn’t deserve me. Sandra’s cousin and I got dating months later, and my friend declared war upon us – almost dying from anger, envy and high blood pressure. Why? I may never know – I thought this girl wanted just friendship with me?

She kept the beef marinating in the freezer for a year plus. When her cousin died eventually in an accident, Sandra came back again – this time at the funeral. Said she’s ready to be with me and love me forever – and her cousin’s demise indicated we were destined to be together.

Horrified as I was, I wondered if I was next to die?

Lami’s words ricocheted though the nooks and crannies of my cranium. I believe Usain had nothing on me, as the universe watched me bolt for my life, without looking back – till this day.