Literature: Rant of Self

January 4, 2019Literature by NaijaMemoirsLeave a Comment on Literature: Rant of Self 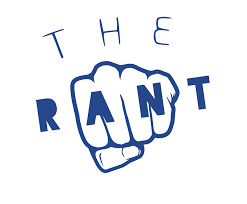 From Upcoming Book: Pieces of Reality

I haven’t physical friends. Why? I don’t pretend. I’m an unapologetic blunt realist. What people are afraid of saying – I would say without blinking. People don’t like real people nowadays. They like sugar-coated lies and pampered half-truths. Oh well, for me I’d readily say, if you’re going to have to hang yourself because I chose the paths of humanism and realism, by all means go ahead. Who cares? Definitely not me. Care is relative, right?🤷‍♂

This isn’t even ego or misplaced pride typing. I’ve encountered human beings in their drove. I’m well versed in human relationships. One thing I’m conversant with, is that, a lot of people like the idea of my personality, but lack the maturity to handle the reality of my personality. So when my values and principles seems unyielding to their shallow emotions and sentiments; I end up getting tagged with unpleasant titles. What do I do in such situation? Not give a flying toss.🤣

Lying to or offending myself is one of the worst injustices I can subject myself to.
DIGRESSION:
Romans 14 – “If your conscience condemns you, then it’s a sin, but if it doesn’t, it isn’t…”

But people don’t understand these things. And in all of these, there’s a clause – I’m not entirely a cold hearted asshole devoid of niceness. I am human, imperfect, vulnerable and bended to the wiles of love. When love knocks, I throw in the towel and my armour and walls of Jericho comes crumbling. I was taught that beauty isn’t physical appearance. Regardless of all these, I’d still get a baby llama as pet one day, when I hit physical wealth. I don’t expect you to care either.😜