Madu (Letter Of A Dead Soldier) 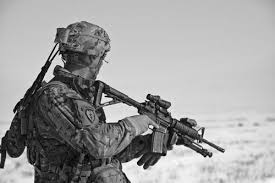 The following morning, the Nigerian soldiers killed 86 boys and out 142 in my battalion. The greatest loss ever! Sadly, I could not sleep! Anucha appeared in my dreams laughing at me, the dream kept on reoccurring with his facial features more fearful each night. I ordered the boys who hunted with him to go back to the bushes in search of his corpse and return it to his homestead in Umuahia. It was incredulous but I almost lost reality of my being. The boys grumpily brought back a rotten head with empty eye sockets and inflamed legs and hands. Some of the boys stayed back while others proceeded to Umuahia for the funeral.
I sent ten boys and only one returned; not with a story of gratitude but a story of doom! The war had ended and the patrolling Nigerian Army had caught them but he escaped. Once he got into the bush, he discarded his Biafran uniform and returned naked: feigning an insane madman on his way. On hearing this story, we quickly discarded our uniforms and claimed to be itinerant Ikwerre farmers from Elele. Unfortunately, our intonation sold us off when a Nigerian soldier on patrol, recognized our diverse dialects as mostly Igbo. We were packed like bags of refugee materials to Enugu. The rest was investigations upon investigations. Most of the boys were underage so they were released but I was over twenty-six and was held back with four other senior soldiers.
I met Jimo again. We met- not as commanders but as rebel and soldier. He seemed too peaceful. His neatly ironed uniform with a fastidious Nigerian Army badge stamped on it, displayed a reward for national service. He was indifferent on seeing me among the rebels led out for questioning by the Generals. He is now a general and has gained respect for his heroic act at Nkwerre. He told me that you are now a certified lawyer and your reasons for marrying Aremu. You had told him that the war was too ‘bloody’ for your eyes: since you have such impression imprinted in your mind, I tried not to paint more horrible scenes of the ideological war.
You married Aremu because he assured you a peaceful break from the ravaged country. You also told him that you felt I was dead. Your feelings were not real! Aremu’s persuasion corrupted your thoughts. He also told me that your father had died shortly after your marriage and he never gave you marital blessings.  You never made an effort to look for me- here I am writing to your London address because Jimo had promised to deliver it to you during his next vacation. I am not against your decision. I only doubt the morality of your actions and the reasons behind the display of your thoughtlessness.
He did everything possible to get me out of jail but my name had already been published as one of the masterminds of conspiracy on national newspapers.
I am peaceful. Even in the midst of these turbulent days of singing Biafran songs while cutting grasses in Enugu prison. I feel a sense of disappointment on having to eat rice twice a day with stew as a watery splash of palm oil: something for the stomach to work on and keep me alive until the day of my execution.
I feel scared when a name is called, followed by the hesitant rising of a man who knows he will never return to the cell and his fellow comrades. A man who would be given good clothes and a clean haircut to brighten him up for the looming danger ahead. They would make him look handsome before his eyes see the world for the last time and the bullets translates him to Heaven or Hades.
Death would laugh at his attempt to be brave at the sight of the gun; it would laugh at his body subjected to rancidity. When a man is shot and placed in an uncomfortable coffin, he is buried in a shallow grave. His relatives do not receive his corpse for he is government property. His struggles for a clash of ideology is marked by the final shovels of earth thrown into his eternal camp: him being commander of ants and maggots advancing on his skin and retreating from his exposed bones.
I run out of words. I should have said more than enough, envisaged what may not be true of you. I still want to remind you that love for fellow humans was what brought me this close to death: just as the love for my land would be displayed when I am finally executed and laid to rest in the backyard of this prison.
I love you with what emotions can offer, ink can spill and actions can portray. Pray for my soul to rest in perfect peace in the absence of a heart dashed to pieces.
Yours faithfully,
Late Mmadubugini Uwaezuoke
(I already consider myself dead)