May 20, 2019Uncategorized by NaijaMemoirsLeave a Comment on Nigeria Longest Route to Development; Re-seeing Our Inadequacies 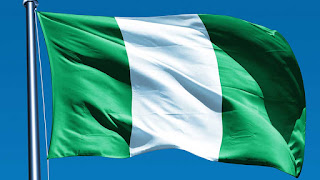 Thanks to Wikipedia, this is the preliminary profile of the philanthropist:  Robert Frederick Smith (born December 1, 1962) is an American businessman, investor and philanthropist. A former chemical engineer and investment banker, he is the founder, chairman and CEO of private equity firm Vista Equity Partners. In 2018, Smith was ranked by Forbes as the 163rd richest person in America. He was No. 480 on Forbes 2018 list of the world’s billionaires, with a net worth of US$4.4 billion.  Smith was also included in Vanity Fair’s New Establishment List. In 2017, Smith was named by Forbes as one of the 100 Greatest Living Business Minds. In a 2018 cover story, Forbes declared Smith the wealthiest African-American, surpassing Oprah Winfrey.

Smith is a fourth generation Coloradoan born to parents who were teachers with PhDs. While this background may be necessary in what I am to discuss next, especially while comparing the totems of inspiration around humans.

There is a report that when Mr Smith was younger, he wanted to get into a programme at Bells Lab. The programme was for college students. He persistently called to be part of the programme, and when one of the students did not show up, Smith’s dream took shape from there. His kindness and open heart towards education is commendable and seeing that he had such foundation that appreciated education, he has grown to support it, especially being Africa-American and knowing what an enlightened mind can do in a community.

There were gossips around Nigeria that a certain Nigerian politician, on hearing that he was going to be investigated for financial misappropriation ordered some young men to swear to an oath of secrecy and to burn some huge sum in dollars, to erase evidence. That money could have been in millions of dollars but what was more important to the man, a supposed leader was not a system that could use access roads, health facilities, improved maternity services, better learning environments and general business ambience that my enable growth and health competitions but evading a tag he earned.

There was once a federal minister in Nigeria who was under investigation for some insane sum. The money, which runs in millions of dollars, was diverted through many means. Some of them landed on the laps of some unfortunate young man who lived in an insanely expensive apartment in New York and played with the ideas of owning and renting luxury yachts and cars. Some reports say he is currently hiding in the Caribbean or wherever. The roads that leads to the immediate community of the then lady minister may not have access road, portable drinking water, safe learning environment for students, good medical facilities and more. But whatever she did was for her; to live in riches and escape a system of poverty he was a major mason in its construction. While I may not want to assume that she had an upbringing that did not treasure knowledge, education and development and had respect for posterity thereby triggering conscious investment in education, common sense and empathy for a system that needs critical minds should have informed her of better options. Unfortunately, the Niger Delta is a constant shithole and it may contestably remain so for a long while to come.

The Guardian newspaper has reported that the Federal Government of Nigeria has perfected plans to resume oil mining in Ogoniland 29 years after the process was halted due to environmental and human rights issues. While none of the recommendations given to the government has been reached and a proper interface with the people has not taken place to decide on workable plans for the future, caution has been thrown to the wind and what matters is what some politicians wish to benefit – in funds that may only end up paying for luxury car gifts and trips of their favourite girlfriends. The right thing is nonexistent.

Unlike Smith, the African politician or businessman may spend 10 million naira in bribing a university for honorary doctorate degree instead of identifying a problem in the universities and solving it. It does not make sense to him that a system of learning, of preparing a younger age has to be fit to do its job. It is rather fair, in his eyes, to impoverish the people, make them wallow in ill-equipped environment and fail while he gets the best education for his child so as to eliminate competition when such government institutions as the Central Bank wishes to recruit.

African leaders do not copy the developed world in eliminating distress. They cannot fund anti-malaria drugs or AIDS campaigns. Bill and Melinda Gates would be useless if they do. The Clinton Foundation would exist in a vacuum if they took anything around them seriously.

With very abominable traits as these, the salvation of Africa is postponed. We live in the circle of traveling abroad; raising culturally dissatisfied children who are never fully integrated into these foreign lands and Africa becomes that distant land that should be avoided at all cost. And these people also raise another generation of culturally disoriented people and it continues until the motherland disintegrates completely and becomes a desert for testing weapons or dangerous drugs.