Pieces Of Reality ; I Want Deeper

February 1, 2019Uncategorized by NaijaMemoirsLeave a Comment on Pieces Of Reality ; I Want Deeper 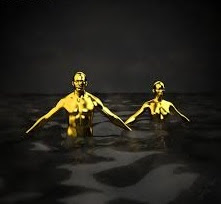 She said, “I want deeper from you Chima. I trust in your thrusts, they are sweetly destructive and leaves me lethally bruised, and nourished to the brim. Take me right now!”

This talk of wanting deeper led these duo on a whirling journey of passionately wild, finger-licking spree. From hungry slurpy kisses that traversed the living room; clothes-ripping past the dining area;  shattering of random objects in and out of the kitchen; to a final culmination in the bathroom.

For the want of deeper electrifying penetrations and increased rhythmic flows, the poor toilet seat became a choicy perch for that angular “riding cowgirl” position, amidst moans of glorious chills.

This tale of “I want deeper” could have easily passed for one of them greatest sexually sensual and romantic stories ever told — if only the toilet seat hadn’t let out that brief eerie cracking sound, before caving under their weight — creating multiple gaping lacerations across Chima’s phallus and Chioma’s thighs.

A sharp shard of ceramic had viciously torn through her thigh’s femoral artery, releasing a flood of crimson outpour. In the blink of an eye, the couple lost so much blood. Thus braked to a quenching halt, the initial infernal desires.

As they crawled towards the living room in search of their phones and barely making it past the bathroom corridor — they exhaled their last.

Did I just kill off my smouldering characters? Maybe not.
In this age of weird sexual fantasies and perversions, do all your kinky shit in the safe areas of your home. Well, until you at least master the art in dangerous places.