February 7, 2019Uncategorized by NaijaMemoirsLeave a Comment on Thinking out Loud 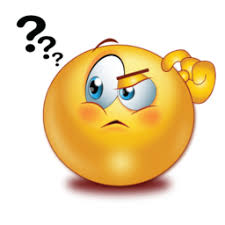 What’s with many Nigerians and Titles? Sir, Uncle, Aunty, Dr., Chief, Honourable, e.t.c
I had an experience while serving. I had this annoying neighbour whom I greeted and he reluctantly answers,….sometimes ( which I could actually count on my fingers). I did not know the reason but he told me.
So, some came to look for him and left him a message and a parcel. Later in the day, I went out to get something and I saw him.
“Excuse me Sir”, I called out when I saw him walking ahead of me. “I have a message for you from ………..”
I relayed the message and he proceeded to say with so much entitlement: “Look, if you want to greet me next time, add Sir or Uncle….I am not your mate, I am your Uncle”.
While he was talking, I pondered on the various possible ways we were related……and it was very amusing.
“No problem Sir, thank you Sir”, I replied, trying to hold my laughter.
I realized then, why he hardly answered my greetings….not like i cared though, but it was so funny.
Anyway, that was the last time I greeted “My Uncle” because of the way he addressed me. We passed each other comfortably after that night…lol…
What’s your Story of a “Titled Nigerian” you have encountered?