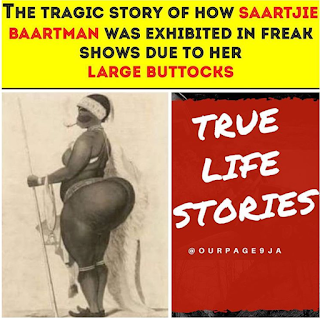 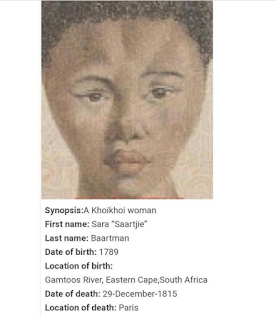 Born in the Eastern Cape of modern day South-Africa, Saartijie (Sara) Baartman was most well known due to her large buttocks, and was exhibited as a freak show attraction in 19th Century Europe.
Baartman’s large buttocks and unusual colouring made her the object of fascination by colonial Europeans who presumed they were racially superior. 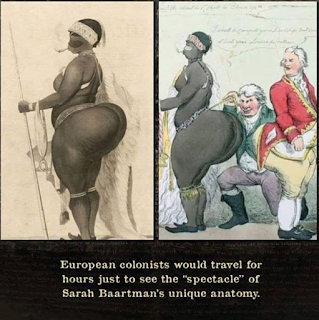 She was taken to London where she was displayed in a building in Piccadilly, a street that was full of various oddities like ‘the ne plus ultra of hideousness’ and ‘the greatest deformity in the world’. 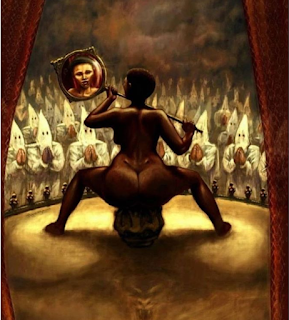 Englishmen and women paid to see Sara’s half naked body displayed in a cage that was about a metre and half high. She became an attraction for people from various parts of Europe. Baartman lived in poverty, and died in Paris of an undetermined inflammatory disease in December 1815. After her death, her body was dissected and her remains were displayed. For more than a century and a half, visitors to the Museum of Man in Paris could view her brain, skeleton, and genitalia as well as a plaster cast of her body. 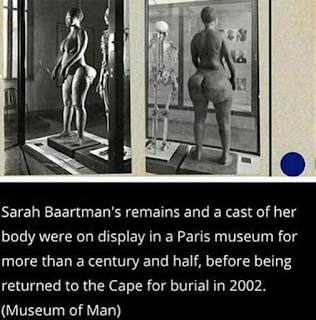 Her remains were returned to South Africa in 2002 and she was buried in the Eastern cape on South Africa’s National Women’s day.